On October 6, the Board will hold a Public Hearing. Find materials here. 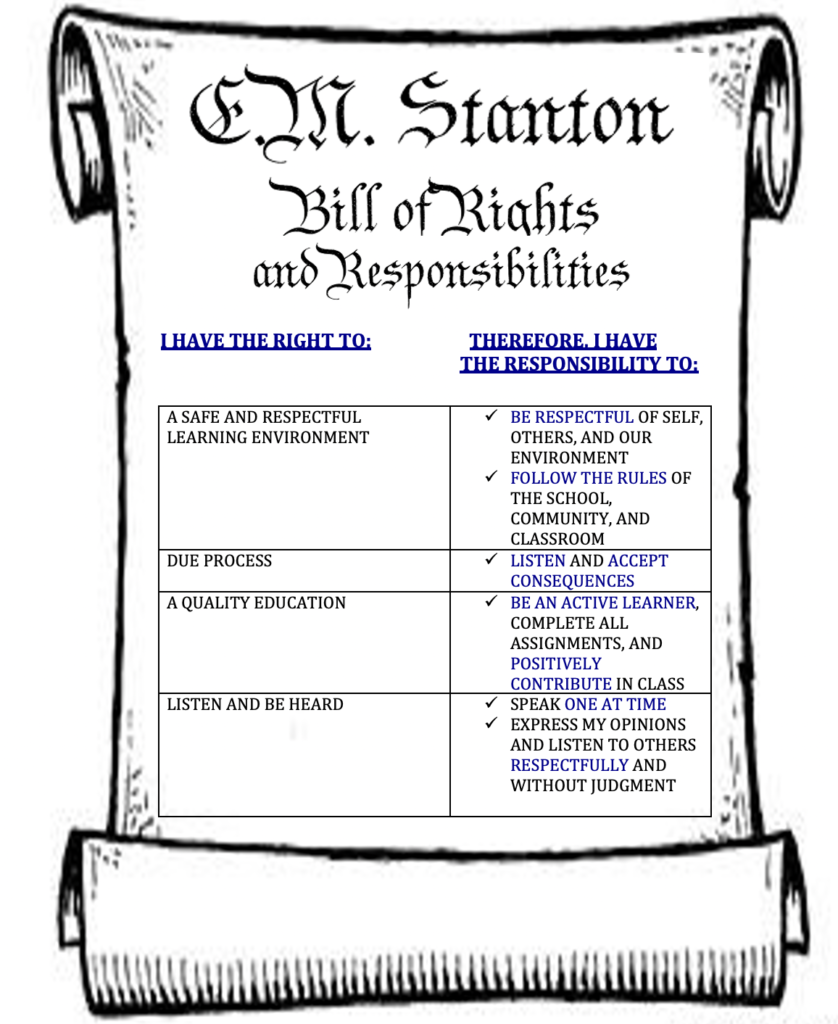 In working with the Rendell Center, Stanton has established a 3 branch government. There is the executive branch, which consists of a student president, vice president, secretary and treasurer, There is the legislative branch, which consists of a student house of representatives, and a teacher based senate. The judicial branch consists of the school’s administration. These branches act as a mirror of the United States Government. Bills are proposed and passed just as they would be on a federal level. All of this ties together with the Stanton Bill of Rights and Responsibilities.

Stanton’s Bill of Rights and Responsibilities